I was lucky enough to be asked to paint a Coca-Cola bottle for the World of Coke Museum’s Pop Culture Gallery. I felt luckier than a $2 bill … or is it a $3 bill? Anyway, I am pretty dang happy about it.

I stared at the plain white 4 foot tall Coca-Cola bottle I had picked up on a late winter morning from the Museum’s offices in downtown Atlanta. I stared at it a long time — many days of staring turned into weeks. I felt like I should make something monumental if it was to be on display for over 1 million visitors a year. I felt like I should do something worthwhile if it was to be on display mere feet away from art by Finster, Penley and Sundblom.

I started painting the bottle a couple times and then primed it over. I looked at it. I let it rest. I rotated it slightly. I stared some more. At some point, I painted the background many colors and had a good plan. Then the plan lost its fizz. So, I painted mostly over it as well. I left a little of the previous attempt looking through — a marker of the history we were accumulating. One doesn’t always have to like their history but it is good to acknowledge it is back there… in the distance… adding bits of color to our current world.

I had a headache one afternoon and decided to lay down. I seldom take naps. I tried to sleep but rest eluded me that day. I kept thinking about my Coke bottle to paint. Finally it hit me. I saw a vision in my brain. I saw black tree spirits and organic silhouettes. I saw swirling and undulating faces and happy friends blooming from the base of the bottle — growing upwards as the sparkly bubbles rise from a bottle of freshly opened Coca-Cola. I went downstairs to my studio and began to paint. I was wearing nothing but decided to go paint before I lost my artistic vision. I started creating the ideas that came to me. I was as naked as a I could possibly be— only a brush in hand. As I laughed and painted I knew I now had my plan. It would all be fun and smiles after this point — and it was. The Spirit of Inspiration had blessed me again.

I’m so thankful to have my art once again on display in the World of Coke Museum in Centennial Park Atlanta. Thank you to Craig Lovin and Phil Walker. Thanks to all the others at Coca-Cola for your support. Thank you too to the other 9 artists I am currently on display with, quite an honor —10 Bottles, 10 Artists, 10 years of the World of Coke Museum at Pemberton Place. 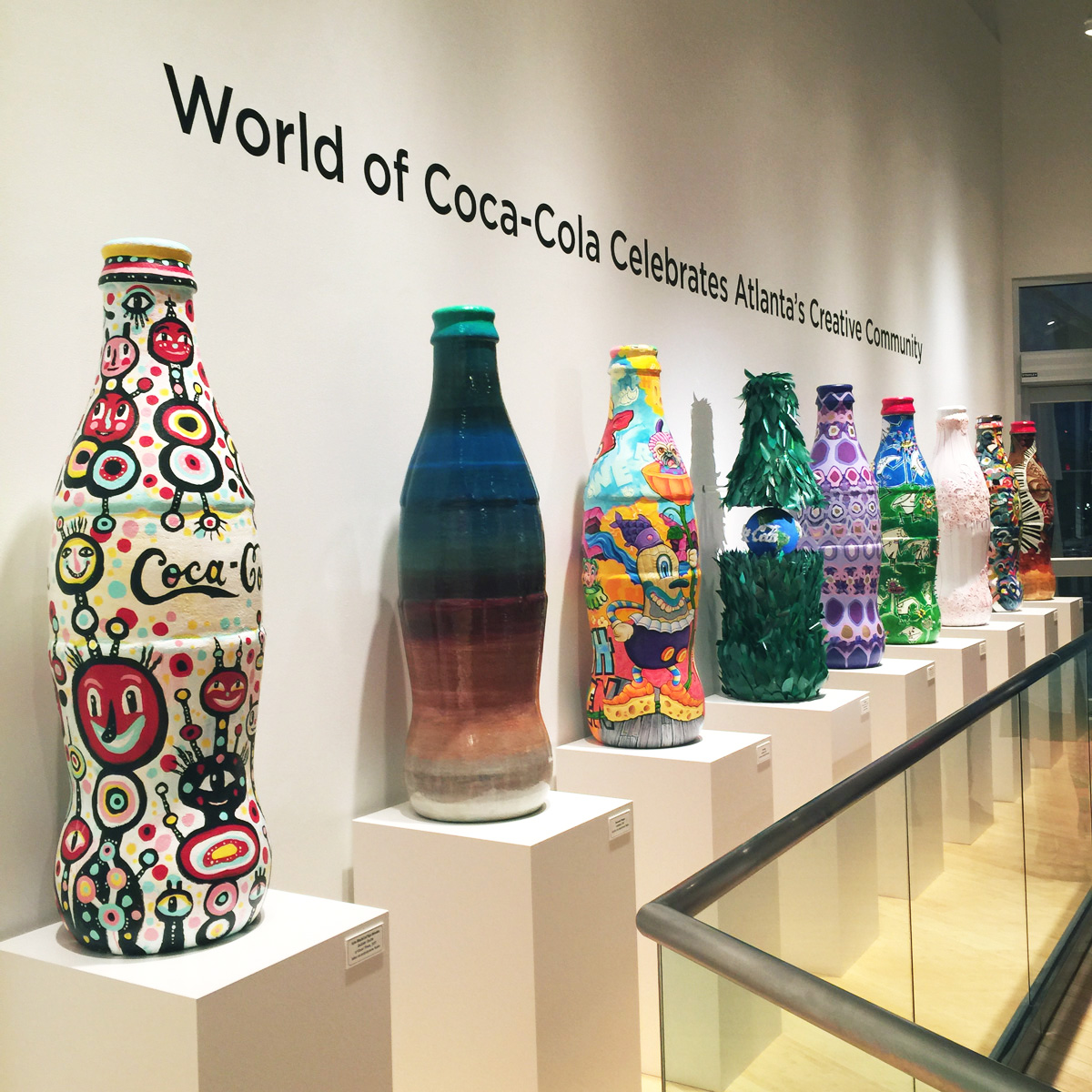 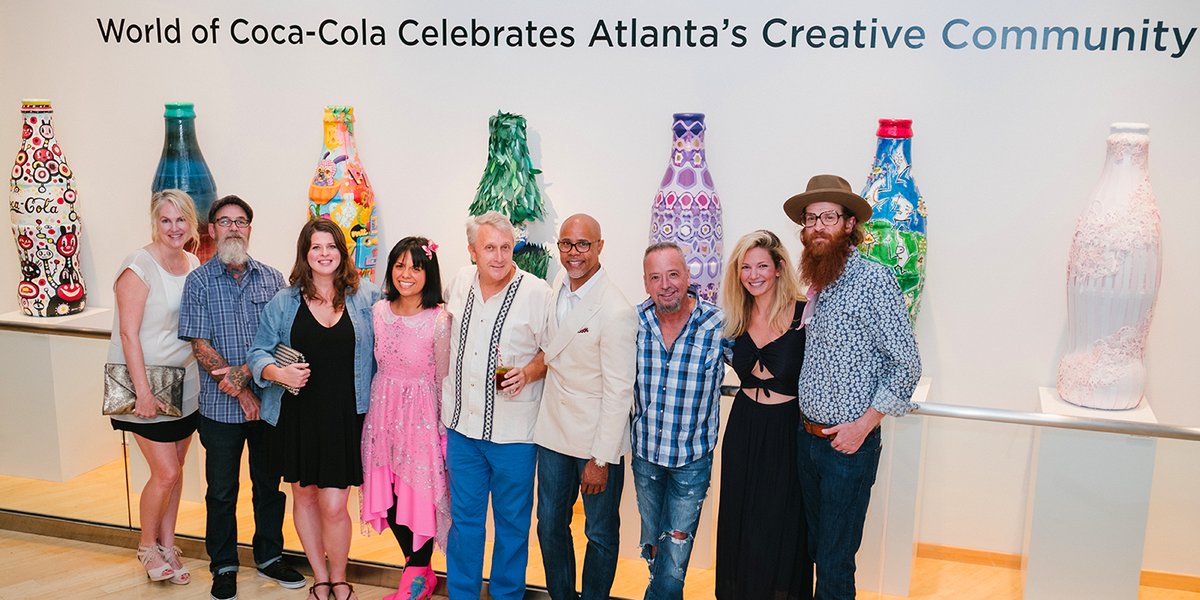 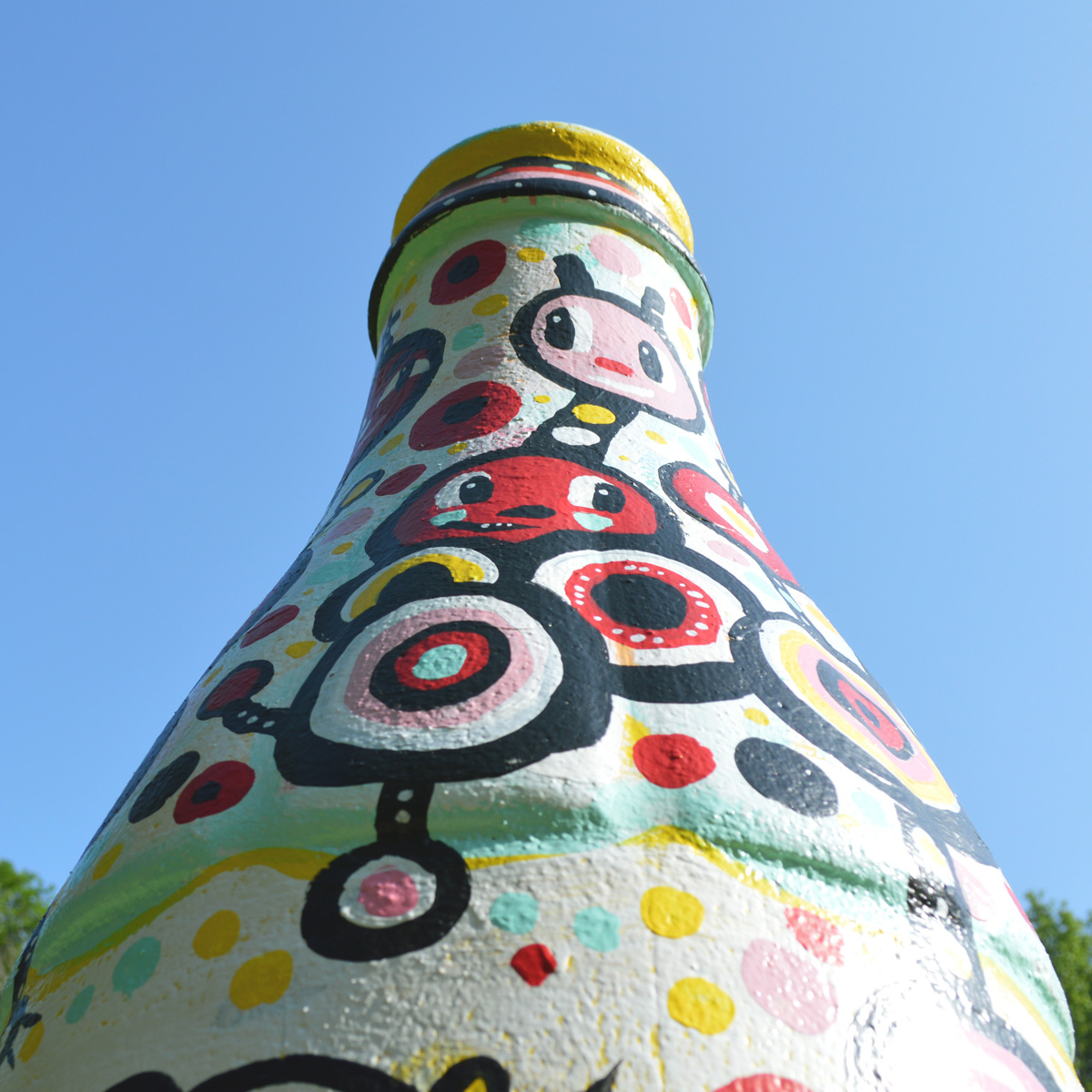 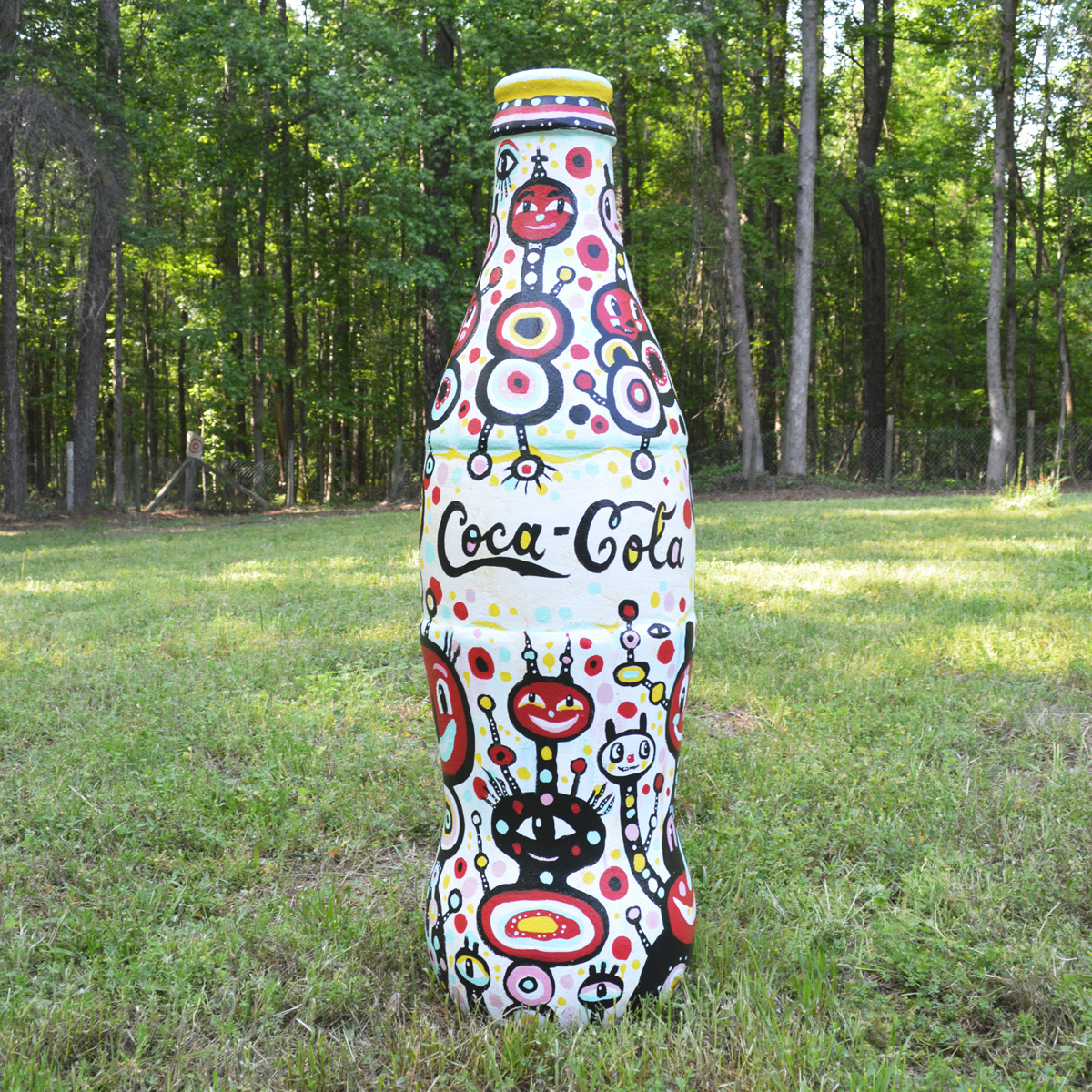 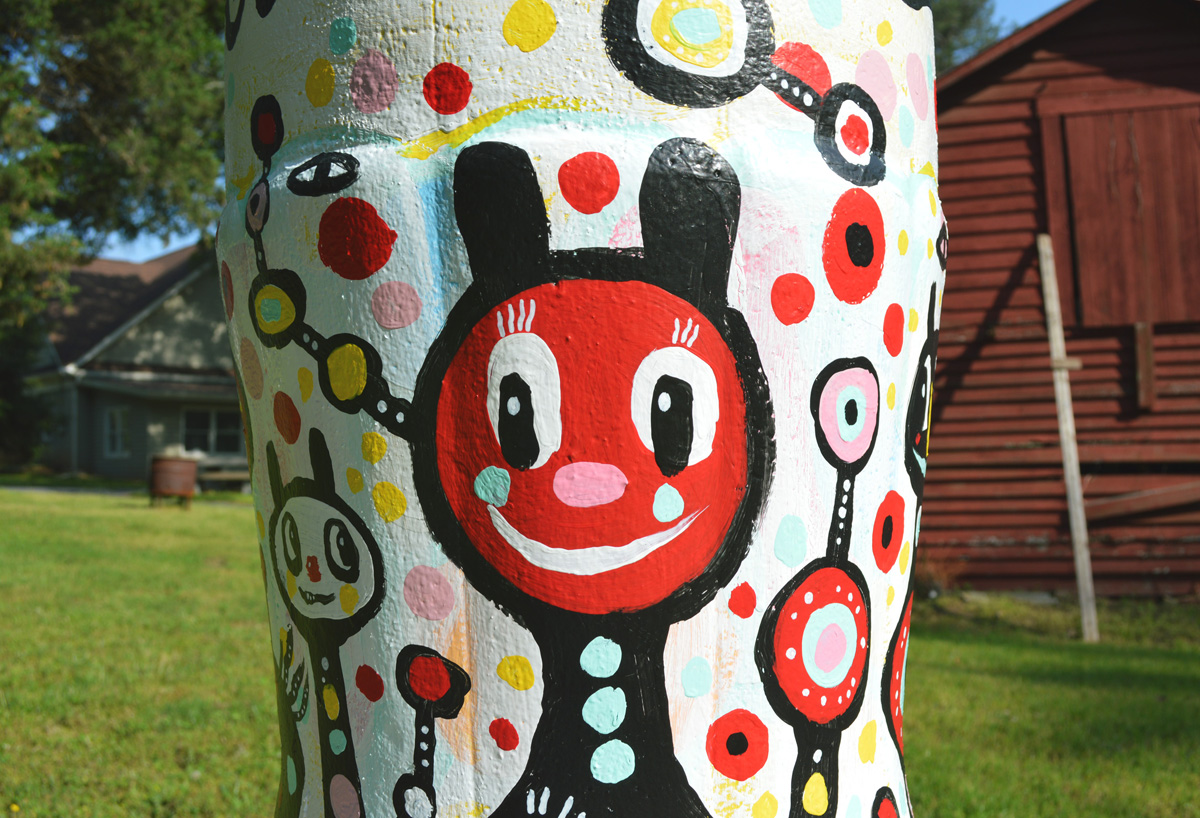 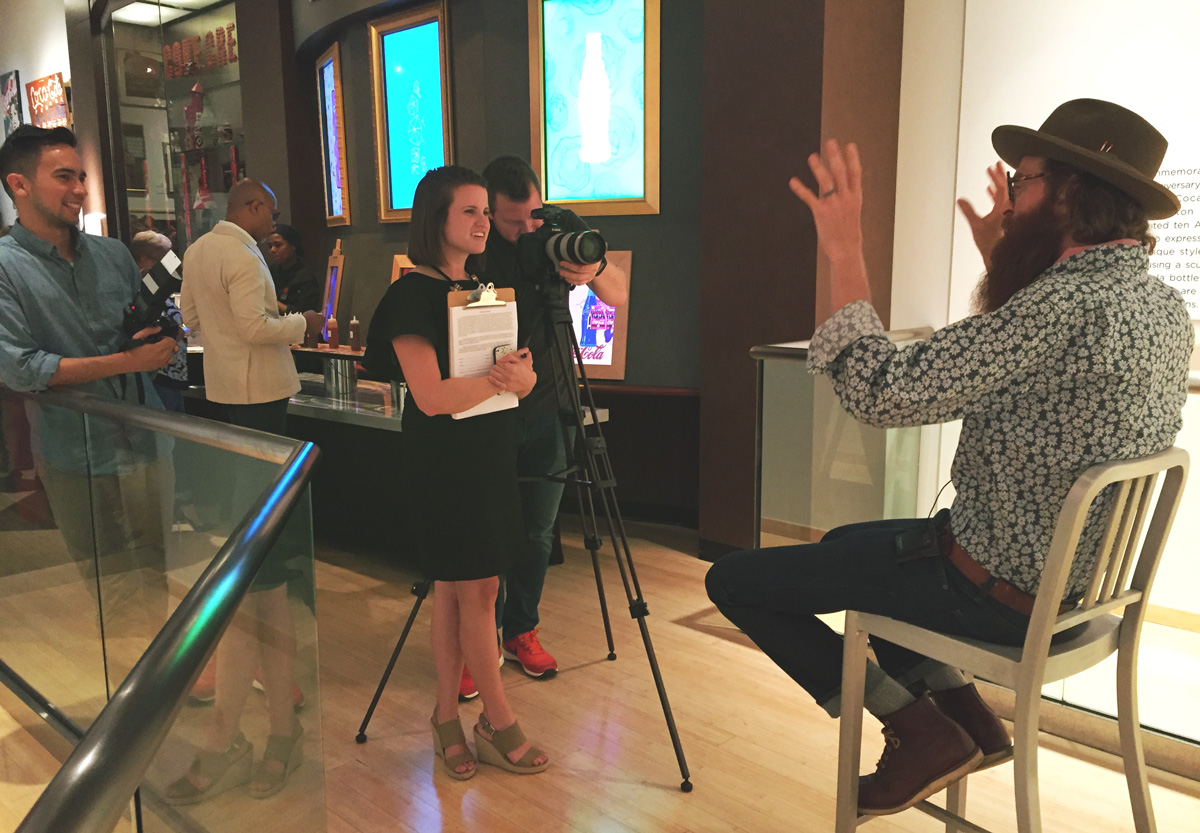 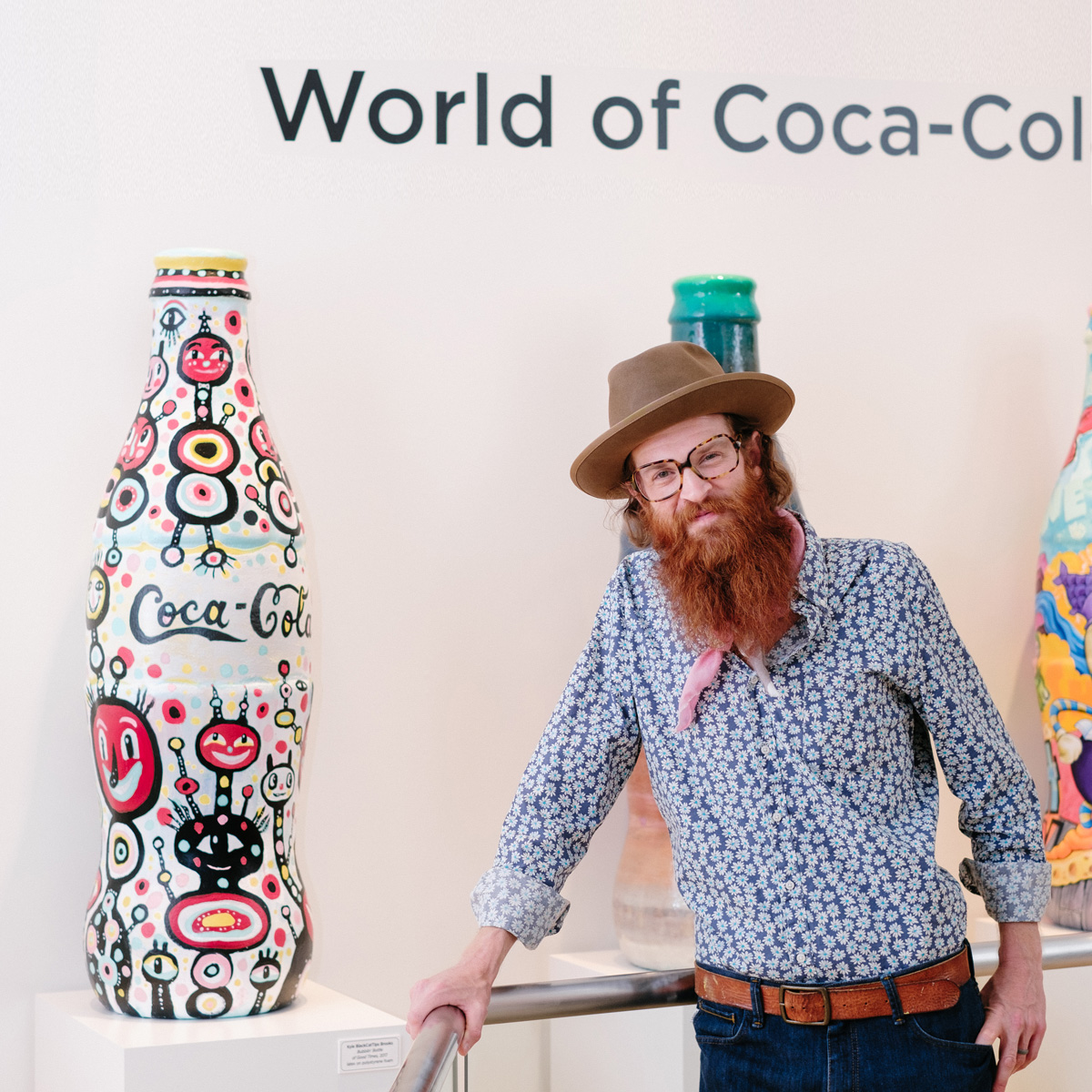 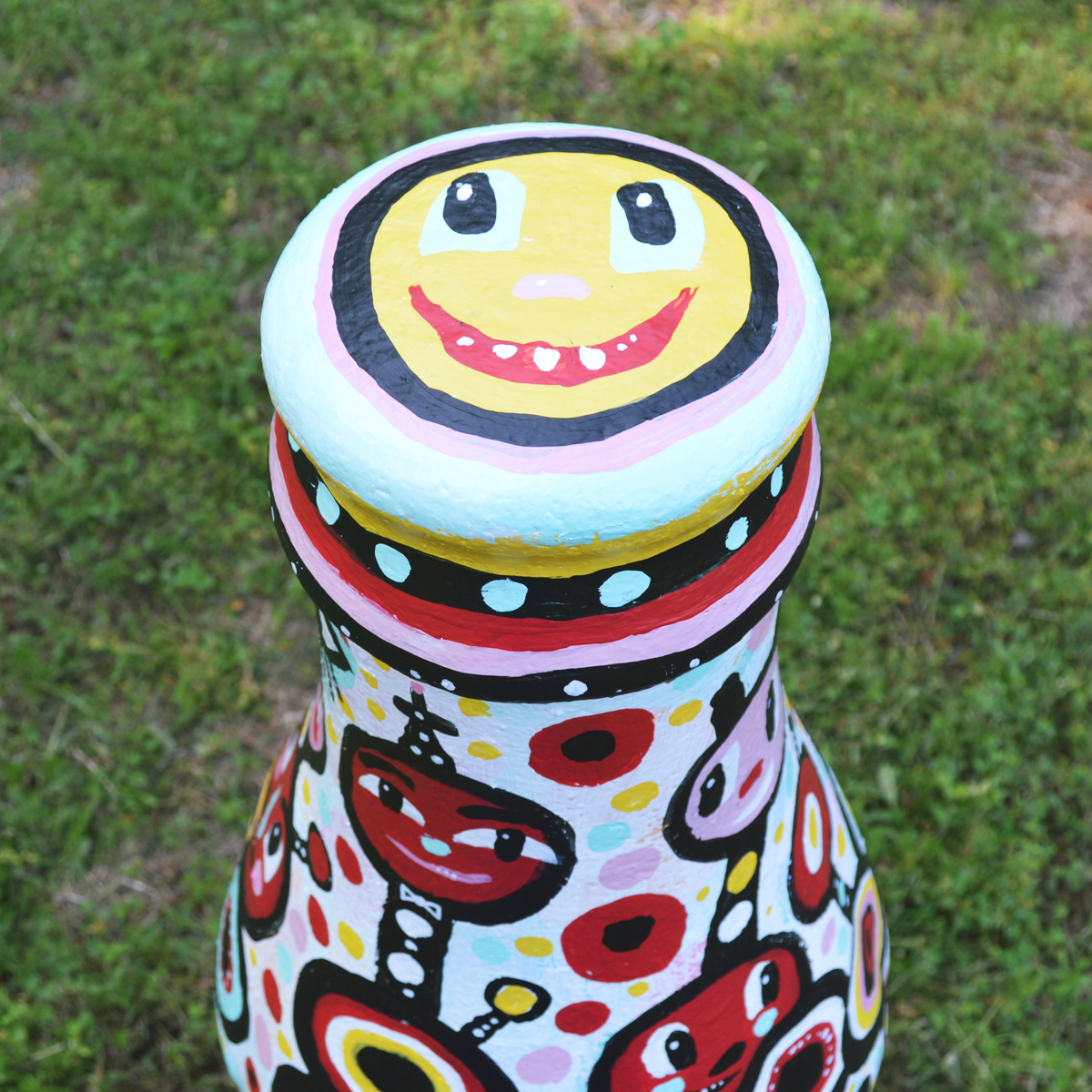 All images ©2017 The Coca-Cola Company